Link to this page

Reclining Nymph
Order a Hand-Painted Reproduction of this Painting

Jean-Baptiste-Camille Corot (July 17, 1796 - February 22, 1875) was a French landscape painter and printmaker in etching. Corot was the leading painter of the Barbizon school of France in the mid-nineteenth century. He is a pivotal figure in landscape painting and his vast output simultaneously references the Neo-Classical tradition and anticipates the plein-air innovations of Impressionism.

Camille Corot was born in Paris in 1796, in a house at 125 Rue du Bac, now demolished. His family were bourgeois people-his father was a wigmaker and his mother a milliner-and unlike the experience of some of his artistic colleagues, throughout his life he never felt the want of money, as his parents made good investments and ran their businesses well. After his parents married, they bought the millinery shop where she had worked and he gave up his career as a wigmaker to run the business side of the shop. The store was a famous destination for fashionable Parisians and earned the family an excellent income. Corot was the middle of three children born to the family, who lived above their shop during those years.

Orpheus Leading Eurydice from the Underworld, 1861 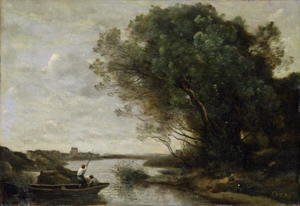 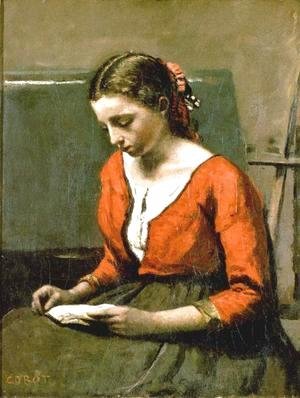 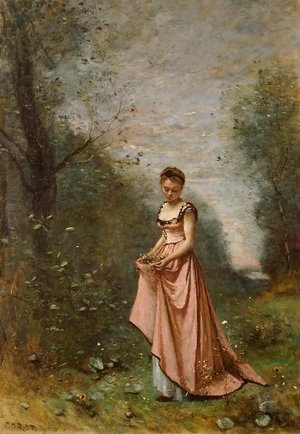 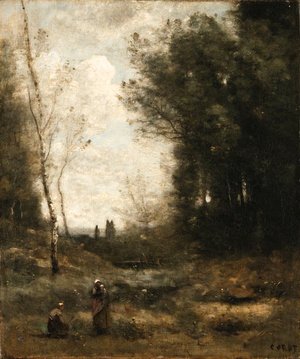 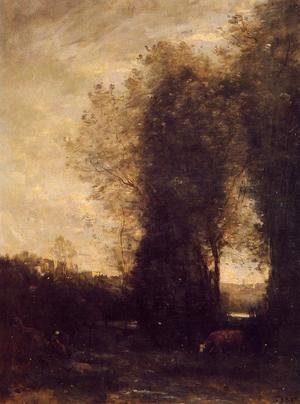 A Cow and its Keeper

Old Bridge at Limay, on the Seine

Cowherd by the Water 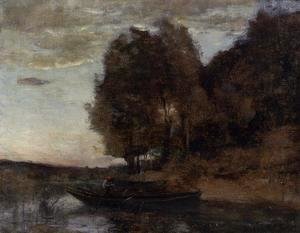 Fisherman Boating along a Wooded Landscape

Report an error on this page